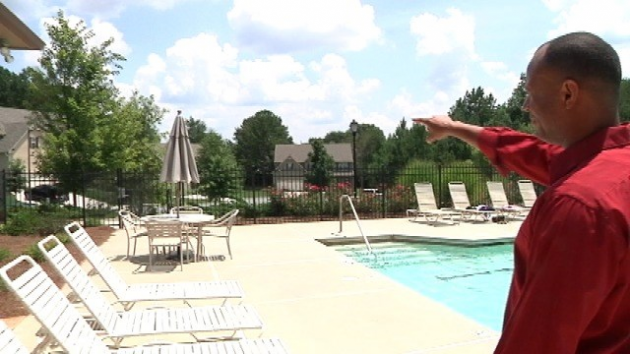 A story passed our way from earlier this summer highlights the value of having a trained life-saver near the water at all times. Off-duty Cobb, Ga., firefighter Bermann Francois rescued a child in his neighborhood from what could have been a certain drowning.

Francois rushed away from a backyard barbeque at his Powder Springs home with his kids and friends from out of town when his children called for help.

As Francois would discover later, a neighbor child had fallen back into the community pool nearby after the boy’s mother had removed his floaters and started packing up to go home around the 9 p.m. closing time.

Though the baby had already been pulled from the water when Francois arrived, he said he could immediately tell that the person performing CPR didn’t possess adequate training and took over himself. Though police arrived at the scene after his first full round of CPR and mouth-to-mouth resuscitation, he continued with a second complete round.

“When I tried to open his mouth to deliver the breath, I realized he was clenching his teeth,” Francois said. “I got my finger in to get his tongue because I thought it might be rolled back, and he bit me, so I decided to continue doing what I was doing.”

The boy started breathing shortly after Francois placed a rolled-up towel under the child’s head, but he kept performing respiratory assistance until his breathing once more reached 10-12 breaths per minute around the time when firefighters arrived. After receiving initial treatment at Kennestone Hospital, the child was flown to Children’s Hospital of Atlanta.

“Any time a firefighter saves a life, it is wonderful. But when it is a child, it is very special,” said Denell Boyd of the Cobb County Fire Department.